Hello Guys, Welcome back to our new blog. Today we will discuss about Australia tour of India 2022, where India and Australia will play three T20 matches together. India and Australia will face each other after a long time, lastly both team faced each other on December 2020 where India won the T20 and Test Series but lost the ODI Series. So, here is another opportunity for Team India to win the T20 Series against Australia.

Recently Australia played a 3 Match ODI Series against New Zealand and Australia won all the matches over there. While on the Other hand, India Lost the Asia Cup in the league stage against Pakistan and Sri Lanka. The Best Ever All Rounder of team India, Rabindra Jadeja is not playing due to body cramps while playing against Pakistan in Asia Cup 2022. So Let’s discuss about the schedule, Squads and the broadcasting details of the Series.

India and Australia, both teams had declared their squads for the series. The Indian Team will ne led by Indian Skipper Rohit Sharma and Aaron Finch will be the captain of Australian Team. The Full Squad for both the teams are mentioned below.

As we had discussed earlier, there will be three T20I matches to be played between both teams and all the games will be started from 7:30 PM in India. So, how to watch the matches live on Television and other smart devices.

In Australia, Fox Sports and Channel 7 will present the live telecast of the series.

In New Zealand, SKY Sports NZ will present the live streaming of the tournament.

In USA and Canada

In USA and Canada, Willow TV will present the live telecast of the matches.

In South Africa, SuperSport will present the live telecast of the matches.

How to watch India vs Australia Live match for Free

As we had seen, there were lots of series of Indian Cricket team in year. So after this India Australia T20 Series there are few more series to be played in 2022. Just After this series, South Africa will come to India to play T20 and ODI series . After that T20 world cup will take place, and it will be a big opportunity for team India to win the T20 World Cup for 2nd Time.

Thanks for reading this article. I hope this article may help you to give the exact information regarding Australia tour of India 2022. If you any doubts or questions, you may ask us in the comment section below and we will try to reply as soon as possible.

Hello Guys, Welcome back to our new blog article. In this article we will discuss about the upcoming Tournament of India. Currently New Zealand Cricket Team is in India, where they will play 3 ODI Read more…

Hello Guys, Welcome back to our new blog article. Today we will discuss about upcoming Cricket Series of Indian Team against Sri Lanka. Sri Lanka is coming to India for 3 Match T20 Series and Read more… 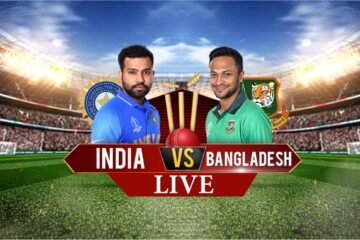